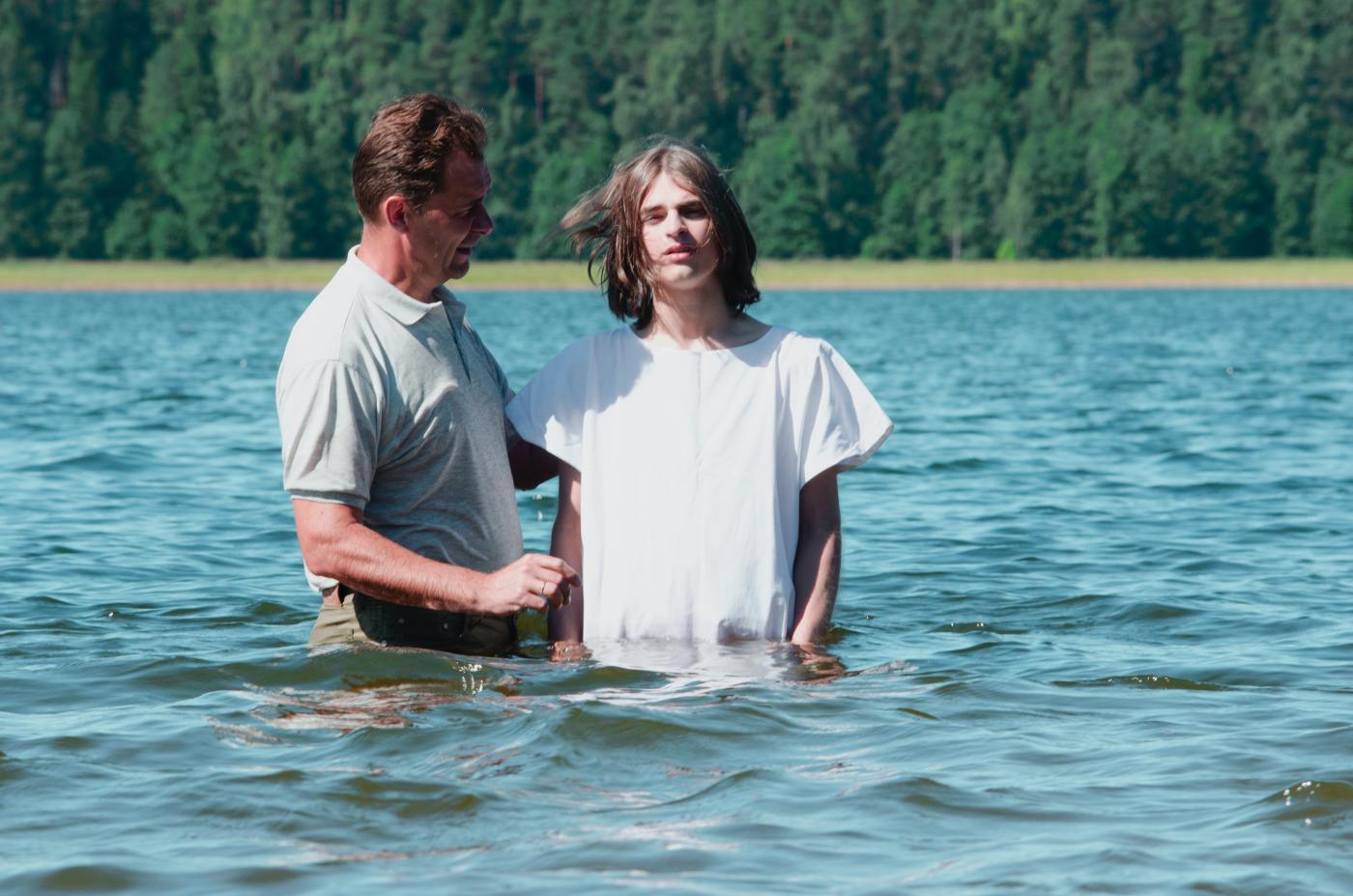 I have recently been taking a study into Lutheranism especially as it relates to baptism and salvation. Classical Lutheranism (at least) affirms that baptism does have a saving effect upon a person even though faith is still required by an individual. The confession of classical Lutheranism is the Augsburg Confession. The purpose of the Confession was to clearly define Lutheran theology.

The purpose was to defend the Lutherans against misrepresentations and to provide a statement of their theology that would be acceptable to the Roman Catholics…The first 21 articles of the Augsburg Confession set forth Lutheran doctrine in order to demonstrate that “they dissent in no article of faith from the Catholic Church.”

Their Confession was to show distinctives from the Catholic Church while still identifying with it on much. If I want to know what someone believes that has a formal confession of faith, I would consult it. It should give the reader a good idea of what is believed about a particular topic. The Augsburg is formatted similar to the 2nd London Baptist Confession of Faith and Westminster Confession of Faith at least in that it has sections that are broken down by a theological topic, thereby making it easier to find a particular topic to read about. Article 9 is where we find the classical Lutheran view of baptism, at least in part.

We see very clearly here that classical Lutheranism confesses baptism is needed for salvation. Melanchthon, who really authored the Confession and was a close friend of Luther, believed this doctrine and espoused it as a formal belief of their faith.

The principal author was the Reformer Philipp Melanchthon, who drew on earlier Lutheran statements of faith.

There are various passages that are used to support salvation by baptism and I will look at some of these here. It is not my intention to be exhaustive in presenting EVERY passage that a Lutheran may use to support salvation by baptism in this blog series, but I hope that by refuting these it can be seen that Lutheranism’s teaching about the soteriological effects of baptism are unfounded in Scripture. Dr. Jordan Cooper was a helpful resource in my research on the Lutheran position of salvation by baptism. Another resource that was helpful in this article was GotQuestions.org. Let us begin.

The first passage we will look at is from the book of Acts.

And Peter said to them, “Repent and be baptized every one of you in the name of Jesus Christ for the forgiveness of your sins, and you will receive the gift of the Holy Spirit.

Here Peter is addressing those at Pentecost. The Holy Spirit had come down causing some to speak in “tongues” or different languages (2:4). This was signifying not only God working among Jews but Gentiles as well (2:8-11). Peter then presents the Gospel to those there and it is evident that God brings His convicting nature to those listening (2:14-37). This is where we find Peter saying to those there what they must do to be saved. Now this is where the passage appears to be confusing. It says that baptism is “for the forgiveness of sins”. On the surface this gives the appearance that baptism itself produces forgiveness of sins. However this cannot be the case.

First of all, the passage cannot be isolated from the rest of the book. If we jump forward to Acts chapter 10 we see a very different formula than what appears to be in Acts 2.

And he commanded us to preach to the people and to testify that he is the one appointed by God to be judge of the living and the dead. To him all the prophets bear witness that everyone who believes in him receives forgiveness of sins through his name.” While Peter was still saying these things, the Holy Spirit fell on all who heard the word. And the believers from among the circumcised who had come with Peter were amazed, because the gift of the Holy Spirit was poured out even on the Gentiles. For they were hearing them speaking in tongues and extolling God. Then Peter declared, “Can anyone withhold water for baptizing these people, who have received the Holy Spirit just as we have?” And he commanded them to be baptized in the name of Jesus Christ. Then they asked him to remain for some days.

Peter is preaching to Cornelius and others who were with him the Gospel. The apostle was doing the unthinkable: associating with dirty, uncircumcised Gentiles and even preaching Christ to them. Yet the message is clear: by believing in Christ forgiveness would come. Peter even ties this back to the Old Testament saying that all the prophets speak of faith in Christ as the means of forgiveness before baptism became an institution under the New Covenant. Unless we believe the Old Testament saints were saved differently than us today, they had to believe in Christ (albeit in promise form and not fully revealed) as they were justified by faith (as we see in places like Genesis 15 with Abraham) and there was no New Covenant ratified yet which the sign of baptism would be tied to. Faith is the means of justification and by effect forgiveness of sins. This would mean that any Old Testament saint that had faith would be lost, as they did not follow the alleged formula of Peter in Acts 2.

Going back to our passage, as Peter was speaking to the Gentiles, the Holy Spirit came down on them. Notice this was before they were baptized. This means they had believed and received forgiveness of sins already, apart from baptism. It was not until Peter had seen the clear evidence of the Holy Spirit upon them that the Gentiles were baptized. Paul says in Romans 8:

The very fact they had the Spirit of God before baptism proves they were already saved since the possession of the Spirit is proof a person is Christ’s. And in Romans 8, Paul contrasts the difference between an unbeliever and a believer: one who has the Spirit and one who does not. This is all in the greater context of God’s righteousness being received by faith in Jesus (Romans 3). Baptism can only be a symbol and a means of communicating the Gospel at that point. Another question to ask as well: is Christ’s work enough for salvation if faith and baptism are required? Let us look at Romans 3.

…the righteousness of God through faith in Jesus Christ for all who believe. For there is no distinction: for all have sinned and fall short of the glory of God, and are justified by his grace as a gift, through the redemption that is in Christ Jesus, whom God put forward as a propitiation by his blood, to be received by faith. This was to show God’s righteousness, because in his divine forbearance he had passed over former sins. It was to show his righteousness at the present time, so that he might be just and the justifier of the one who has faith in Jesus.

Christ’s work on the cross was a “propitiation”. His death satisfied the wrath of the Godhead against sin thereby bringing about forgiveness of every sin. If we receive this work by faith as Paul says then why is baptism needed for the remission of sins? If Christ’s work was enough to make me right before God and the righteousness received by faith (Romans 1:16-17) then my salvation is complete, is it not? This is a crucial point that is missed by our orthodox Lutheran friends. The sufficiency of Christ’s work is called into question (although I do not think they do so intentionally).

This leaves Acts 2:38 only meaning one of two things:

Number two must be the only option. Not only does Acts 10 play a role in proving this, but the underlying language (Greek) must be inspected as well. GotQuestions.org was very helpful in this discussion:

We need to start by looking back to the original language and the meaning of the Greek word eis. This is a common Greek word (it is used 1774 times in the New Testament) that is translated many different ways. Like the English word “for” it can have several different meanings. So, again, we see at least two or three possible meanings of the passage, one that would seem to support that baptism is required for salvation and others that would not. While both the meanings of the Greek word eis are seen in different passages of Scripture, such noted Greek scholars as A.T. Robertson and J.R. Mantey have maintained that the Greek preposition eis in Acts 2:38 should be translated “because of” or “in view of,” and not “in order to,” or “for the purpose of.”… Besides the precise meaning of the preposition translated “for” in this passage, there is another grammatical aspect of this verse to carefully consider—the change between the second person and third person between the verbs and pronouns in the passage. For example, in Peter’s commands to repent and be baptized the Greek verb translated “repent” is in the second person plural while the verb “be baptized,” is in the third person singular. When we couple this with the fact that the pronoun “your” in the phrase “forgiveness of your sins” is also second person plural, we see an important distinction being made that helps us understand this passage. The result of this change from second person plural to third person singular and back would seem to connect the phrase “forgiveness of your sins” directly with the command to “repent.” Therefore, when you take into account the change in person and plurality, essentially what you have is “You (plural) repent for the forgiveness of your (plural) sins, and let each one (singular) of you be baptized (singular).” Or, to put it in a more distinct way: “You all repent for the forgiveness of all of your sins, and let each one of you be baptized.”

GotQuestions.org. “Does Acts 2:38 Teach That Baptism Is Necessary for Salvation?” GotQuestions.Org, Got Questions Ministries, 26 Apr. 2021, http://www.gotquestions.org/baptism-Acts-2-38.html.

What this means is that the English translation which gives the appearance of baptismal salvation, is not a very good one. English does not always do well in capturing what the underlying language is saying (this could happen in any type of translation from one language to another). This stresses the importance of utilizing the original languages of a text in our toolbox of hermeneutics.

In part 1 of this series we have looked at Acts 2:38 and whether it means baptism saves. It does not. The only thing we do that brings about justification is faith and that faith is a gift from God and cannot properly be said to be from us (Philippians 1:29). Repentance is implied in faith (and Peter calls specifically for the repentance of his listeners in our passage today, but that does not negate faith) but the conduit by which our right standing before God is through faith.

One thought on “Baptism and Salvation (Acts 2:38)”